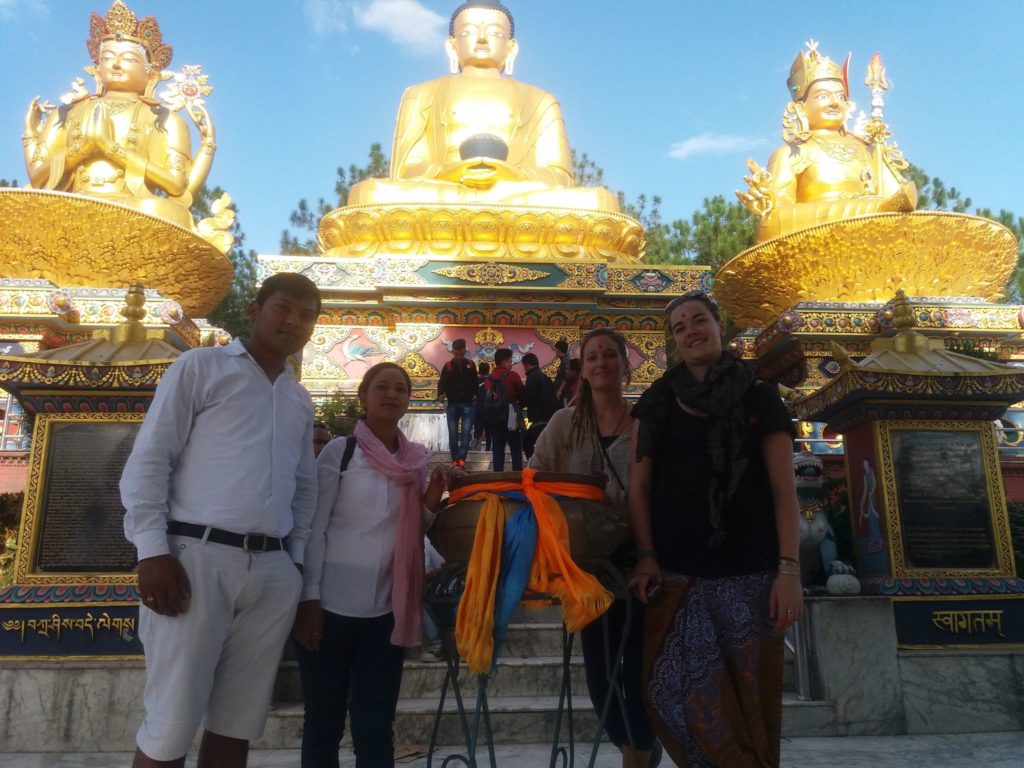 We Volunteer Nepal welcome international guest, students, Volunteer, interne into Nepal for traveling and volunteering purpose and visit Nepal 2020. while you will be in Nepal you will do Explore Nepal, see land scape, wildlife, great high peak himalaya’s, religious and historical site and local culture.

I would like to tell everyone first you will meet awesome and friendly people while you arrive in Nepal and explore the kathmandu city where is religious and historical place which is registered in UNESCO world heritage site such as: Pashupati nath hindu temple, swyambhu nath (monkey temple), bouddha stupa, Kathmandu durbar square, patan durbar square, Bhaktapur durbar square etc..

Numerous religious building are also located on the eastern bank of bagmati, most of them are devoted to lord shiva. The majority of these buildings are small single storey constrctions made from stone. From the outside these building are reminding crypts but in reality these are sacral buildings, created for holding the symbol of the deith shiva lingam ( erect phallus ). Lingams can be found all over the complex.

Along the right bank of Bagmati numerous platforms for funeral pyres are built. The cremations on these platforms are a common activity. Usually tourists have the chance to see at least one open air cremation. The majority of religious rituals are culturally unusual thing in pashupatinath is the specific smell of cremated bodies unlike any expectation.

The smell has nothing in common with the smell of decaying flesh, but rather reminds the smell of clabber mixed with different spices. Another culturally shocking thing in pashupatinath is the image of local women washing clothes downstream the river. The water of Bagmati contain animal fat because of the ashes of cremated shiva followers and easily wash the dirt from linen. It is believed that this is how the soap was invented. As far as shiva is considered the patron of animals and all living organisms, monkeys and deers are wandering all around the temple complex on both banks of Bagmati. Monkeys are very often unfriendly, they beg for food, Snatch things from careless tourists and may aven be dangerous. It is also very common to meet sadhus in pashupatinath. Sadhus are wandering ascetic yogis, who are trying to acquire liberation from the cycle of death and rebirth by meditating.

They have very unique appearance with specific yellow paintings on their bodies.

When this temple was founded about 2000 years ago, Kathmandu valley was filled with a great lake. According to Buddhist legend, a single perfect lotus grew in the center of the lake. When the bodhisattva Manjusri drained the lake with a slash of his swored. The lotus flower settled on top of the hill and magically transformed into the stupa. Thus it is known as the self-created (swayambhu) stupa.

The earliest written record of the swayambhunath stupa’s existence is a 5th century stone inscription, but scholars belive there was probably a shrine here as early as the 1st centurry. Even before that, it is likely that animist rites took place on this hill. swayambhunath is one of Nepal’s oldest Buddhist temples and it has an ancient atmosphere especially when one approaches on foot with the pilgrims.

The two main festivals celebrated at swayambhunath are Buddha Jayanti ( in Apri or May) and losar ( in February or March). During these times, many pilgrims visit the temple and the monks create a lotus pattern on the stupa with saffron-colored point. Also important is the month-long Gunla celebration ( Auguet or september) marking the end of the rainy season.

Bouddhanath stupa is seven KM east of the downtown Kathmandu. It is Nepal’s most distinetive monuments. Simple, massiveand powerful, it rise above the number of buildings, the painted eyes gazing solemuly over the countryside. Stupas are essential to Buddhism as the cross is to christianity a tangible symbol of the Buddha’s enlight end mind. With a diameter exceeding 100 meters and a wall to wall length roughly equaling a football field, Bouddha is among the largest stupa in the world certainly the biggest in Nepal. The monument rises 36 meters above the street. The form and the alternated squares and circles represents a three dimensional mandala, which is comprised of abstract religious concepts. Every portation has symbolic significance the base dome, square harmika, spire, and pinnacle represent the five elements the 13 tiers of the spire stand for the stages to enlightment, while the umbrella atop is the symbol of royalty.

Bouddhanath is both an eye of calm within capitals dusty pandemonium and a sancutary of Tibetan Buddhist culture a mid a nation dominated by NepalHindus. Throughout its narrow streets, You can see posters of smiling Dalai Lama, Tibetan folk medicine stores, traditional astisans workshops, and restaurants serving everything from yak-cheese to everest brand beer.

The painted, bow-shaped eyes of Bouddhanath are variously described as mysterious, indifferent compassioinate and knowing the Buddhist stupa of Bouddhanath dominates the skyline. The ancient stupa is one of the largest from china has seen the construction of over 50 Tibetan Gompas ( Monastery) around Bouddhanath. As of 1979, Bouddhanath is a UNESCO world heritage site. Along with swayambhunath, it is one of the most popular tourist sites in the Kathmandu area.

Kathmandu durbaar square is one of the important historic and tourist destination in Nepal. This massive complex is home to palaces, temples and courtyards. The original center of kathmandu is often named as Basantapur, Hanuman Dhoka or Durbaar square all denoting the same location kathmandu durbaar square has various historical royal and governmental institutions mixed with temples of different styles and ages. It may seem a little bit crowded with lots of buildings and temples built around on a very small area. This historical attraction has been declared a UNESCO world heritage site and you will certainly want to include a tour of the area in the itinerary.

Most of the cultural centers of Nepal are concentrated around the Kathmadu valley among those cultural sites, the important one is the hanuman dhoka. Durbaar square. The name Hanuman dhoka Durbaar came from the statue of Hanuman established by the king pratap malla at the entrance of the royal palace in 1672 A.D. storeyed residence built by king prithivi Narayan shah in 1770, is called Basantapur Durbar the whole complex is also known as kathmandu Durbar square. Located at the heart of ancient city in Kathmandu it is srounding both hindu and Buddhist temple.

The Durbaar square are is actually made up of two sub areas. The outer complex is renowed for numerous interesting temples as kumari Ghar, Kastmandap, shiv parbati temple, Jagannath temple, Big Bell etc, while the inner complex comprises the old palace area, Hanuman dhoka and its courtyards as Nasal choke, Mul choke, Sundari choke, Basantapur Durbaar and other. Beside the magnificent temples and shrines, it has other interesting aspects are various festivals, cultural activities and traditions people are following from centuries, which are presented in the durbaar square.

Patan the city of beauty is situated on the southern bank of the holy river Bagmati ( a tributary of the Ganges) some five kilometers southeast of Kathmandu. Nowadays, it has virtually become part of sub metropolitan Kathmandu. The city is famed for its wealth of Buddhist and hindu temples with an abundance of fine bronze gateways and wonderful carvings. Patan is known for its expert craftsmen and metal workers.

Bhaktapur is the city of devotees and is renowned for its elegant art, culture and colorful festivals. It is 13 km outside Kathmandu and lies on the eastern side of the Tibetan trade route. Bhaktapur is situated at an altitude of 1401 meters from see level. The city is shaped like a conch shell, one3 of emblems of the god Vishnu. Bhaktapur was the capital of greater malla kingdom until the second half of the 15th century. This is the more preserved and restored city compared to patan and Kathmandu. The old name of the city is bhadgoan that means, “rice city” some sightseeing places in Bhaktapur.

The main square of the city contains innumerable temples and other architectural showpieces like the lion gate the status of king Bhupendra malla, the picture gallery, the golden gate, the palace of 55 windows, the batsala temple and the bell of barking dogs, etc.

There is many place and temple to see in Bhaktapur like the national are gallery, the golden gate, the palace of 55 windows, Nyatapola temple, Bhairavnath temple, dattatraya temple, changunarayan temple and nagarkot.