The things you can accomplish by 8 am in the Himalayas!! Reached 3,210 m above sea level By far the most beautiful view I have ever seen. Way to put my life into perspective! Each day is such a blessing, there is a whole world out there we know nothing about full of people making their mark! Our smallness in the world does not mean we are insignificant, but rather we must make a conscious choice to make a mark in each life we encounter, to give and receive in abundance to the world and to the people in it! Namaste Annapurna Dhanyabaad Himalayas! 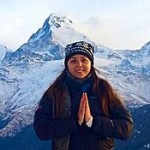 My adventure began as I landed in a bustling Kathmandu airport. I was met by the lovely Bhagawan and driven to his family home where I was to spend my first night. I was made to feel very welcome and felt a sense of ease wash over me. There were 2 other volunteers there and it was great to hear their experiences of Nepal. After a delicious plate of Dalbhat (a local lentil and vegetable dish served with rice), it was bedtime. Although it was cold at night I had a very comfortable sleep. I travelled in January and I would advise taking warm clothes and a sleeping blanket for evening/night. It is warm during the day though.

The next day after a language/culture lesson we got the opportunity to look around the shops, which are not only colourful but fun as you have to haggle. Bhagawan then took us to the cremation site by the river which is opposite Pashupatinath Temple and although perhaps an unusual tourist attraction the ceremony is fascinating. Home for a lovely plate of Dalbhat and chatter around the table then bed as the next day was an early start to get the bus at 6.30 am.

I chose to volunteer at Chitwan which is in the country a 6 hour bus journey from Kathmandu. The chepang society orphanage home is quite remote and a 25 minute walk down a dirt road from the bus stop; however you are met and helped with your luggage. There are a few shops round about the home where you can get water and stuff.

The accommodation is very basic, but all you need. The power supply is limited to 4 hours a day so I suggest taking a multi plug adapter. More or less everything is done manually i.e. pumping water for the animals, washing is done by hand at the pump, and grass for the animals is cut manually. However everyone pitches in and it really is fun. The home is very self sufficient with eggs, milk, vegetables and fruit which taste delicious. Although you are kept busy with a schedule of chores and homework, there is the opportunity for free time and if you fancy a beer there are one or two hotels within walking distance. The evenings are spent in the children’s playroom where everyone laughs, chats, sings songs, dances and generally just spends quality time together. I loved this and realised the impact TV has on life back home in relation to family interaction.

There is also the Library school which is about a 20 minute walk to the next village. It is run voluntarily for kids in the next village who don’t get the opportunity to go to school. The focus is on not only reading and writing but also play. Thanks to volunteer donations there are some basic resources but never enough. The kids are so eager to learn to read and write English it’s humbling. Quite often Rhino’s can be spotted at the back of the school, which causes great excitement amongst the kids and villagers.
On my days off I went on safari and stayed in a hotel where all meals were included. The accommodation was lovely and staffs were fantastic. Our schedule included a canoe trip, elephant ride, stick dancing, jungle walk and a visit to the elephant breeding centre all aided by a guide. We also walked through a village experiencing the lifestyle of locals then sat down at the river to watch the sunset and taste snail soup (optional). The wealth of knowledge our guide had about culture, history and wildlife was phenomenal.

The day before my flight home I travelled back to Kathmandu and the Hospitality of Bhagawan and his family. That night we spent the evening with the customary Dalbhat and chatter. As my flight wasn’t till evening Bhagawan took me and another 2 volunteers sightseeing to the monkey temple which apart from the monkeys and the stupas gave you a fantastic view of how vast Kathmandu is. From there we went to the Garden of Dreams and then Durbar square, unfortunately the Royal Palace was closed that day. In between that stopping off for lunch, which was a wee local place Bhagawan used. We had Mo Mo’s and curry to follow. Then home for a quick shower and off to the airport.

I can’t articulate how much I enjoyed my time in Nepal. The main objective of Bhagawan and his team is to ensure your trip is comfortable and enjoyable. The sense of pride in their service is evident as nothing is a problem. All of the places I visited had free Wi-Fi which was great for keeping in touch with back home and posting picture. Life is hard for the locals in Nepal, but the warmth and generosity of the people is amazing and I can’t wait to go back. 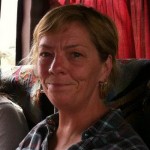 My recent holiday as a volunteer in Nepal was an exciting, extraordinary, and far from my expectations. It was the third of my volunteer jobs in the space of three months but it was by far the best and unexpected to say the least. If you are an adventures person, and like to dabble in the unknown then this is for you. I arrived in Kathmandu when the Nepalese people had signed the Constitution which took about 11 years to do. The excitement was palatable, and all the local people were so excited there was dancing and singing and lighting candles, sharing food and sweets, and generally talking to anybody whether it was their language or not at all.

I went to the monastery two days later, it was a nunnery and the children were absolutely delightful. They couldn’t please you more than their enjoyment of singing and dancing and so anything that was words in English and nursery rhymes was just so acceptable. I had two classes, one junior and one senior. The seniors were interested in travel knowing about other countries, and full of information and wanting to participate.

However it was the services in the monastery that were the most exciting. My first introduction to a Pooja, which lasts for 12 hours, is full of service, symbols, music and chant. It was something I never experienced in my life and was so enthralled by the activity that you don’t feel 12 hours had gone by. You felt so accepted by the nuns, I even got a cooking class in making dumpling one morning with all the nuns who were full of fun, chatter and ever so helpful.

The scenery from the hilltops around Kathmandu is wonderful, it’s so clear, and full of sounds made by the various monasteries from the hilltops. I hope you’re an early riser if so, you will certainly enjoy the birds, the music, and the city of Kathmandu as it appears through the fog later in the morning.

My two weeks went by so quickly and I felt I floated out of the monastery by all the wonderful stoles, the children presented to me as a parting gift. My farewell would have made any Lama envious.

I spent my last three days in the Chitwan wildlife sanctuary, riding elephants, sailing on the river watching the wildlife on the banks, taking a walk through the jungle and seeing antelopes and lots of birds, and being entertained by the staff of the sanctuary resort.

As a volunteer teaching English was exciting and full of the unexpected. Sharing with the wonderful Nepalese people who are so friendly, sharing, and always appear to be happy. So if you want an exciting holiday one which you have never experienced before then Kathmandu is waiting to greet you with open arms. 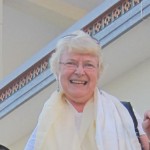 My experience with We Volunteer Nepal
My adventure in Nepal with my best friend started with a car ride from Kathmandu airport into the suburbs of the bustling city. Bhagawan and Santosh greeted us warmly, and we began our journey to the volunteer home. We spent two nights in Kathmandu before heading to Pokhara for the 5 day trek to Poon Hill. Our time at the volunteer house was great – the families were hospitable, the rooms were comfortable and the food was sensational. We were served traditional dhal bhaat, along with some amazing spicy side dishes.
Our time in Kathmandu was a cultural whirlwind of exciting experiences. We visited Patan and learnt about its history from a knowledgeable guide, explored the streets of Thamel and made many friends along the way. Bhagawan and Santosh transported us all around the city, recommending places to visit and shops to buy our hiking gear. Our Pokhara trekking itinerary had also been planned for us, and everything had been organised perfectly – our trekking guide, accommodation and food while on the trek, and transport to and from the trekking location.
Our journey in Pokhara was incredible, from the spectacular views offered by the bus ride to the phenomenal trekking experience. When we arrived in Pokhara we were picked up by Saroj, our trekking guide, who warmly introduced himself and gave us details about the hike. The next 5 days were filled with the most breathtaking views I had ever seen. Although the days were quite long and tiring, especially when we had to hike steeply uphill for a few hours, it was all well worth it. The days were spent hiking at our own pace, stopping off at small villages for some tea or freshly cooked lunch. The nights were spent in cosy tea-houses run by local families, who were all extremely welcoming, and happy to have us! Reaching the top of Poon Hill felt like such a huge accomplishment, and was such a stunning sight. Both the ascent and descent were equally as beautiful and joyful. We met many trekkers along the way, some with similar journeys, and some very different. Trekking was such a fulfilling and enriching experience – I definitely recommend to any traveller who is fit and able.
Throughout our journey in Pokhara, Bhagawan kept in regular contact with us to make sure everything was running smoothly, which was very comforting. When it was time to head back to Kathmandu, Bhagawan organised our bus tickets and was waiting at the bus stop to pick us up. Our adventure ended with another spectacular day in the vibrant Kathmandu, exploring the streets, sampling Nepali delicacies, meeting the locals, and saying our goodbyes to the wonderful people who housed us and kept us safe during our trip. Thank you to you all! 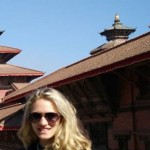 Volunteering in Nepal was probably one of the most interesting and fun things I had the chance to ever do. Everybody that was involved with the program was super friendly and they gave us all the support we needed throughout. Moreover, they also guided us through Kathmandu and helped us understand the Nepali culture as well as learn about their history and tradition. I would definitely recommend We Volunteer Nepal to anyone who wants to be sure to have an absolutely amazing experience at a very good price, make new friends, contribute to other people’s lives and grow as a person. 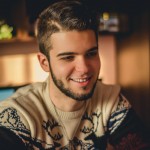